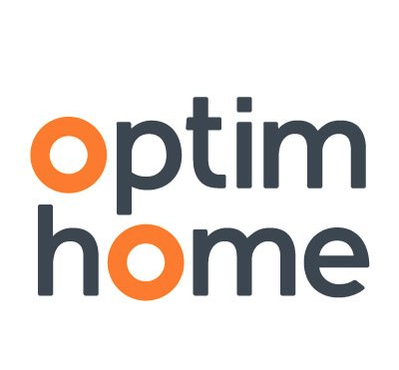 An emblematic mansion in Dax

Laurent Vaginay, , and Kévin Laussu, art historian, Malaye! Patrimoines, have the honor to present you a rare and particularly notable building of the Dacquoise architecture of the late nineteenth century.
Private mansion, 9 bedrooms, on three levels, hypercenter, with garden without screws to aim plot of more than 1000m2.
Behind the solemn and delicate veil of carved stones that animates its façade, the Hotel Darracq retains the memory and brilliance of sumptuous hours. Now in his 140th year.
In 1882, the square to the right of which it was about to be erected erased the remains of an immense earthen fortification that had protected the gate of Saint-Vincent since the Middle Ages. This reduced was then in Dax what Vauban's glacis are still today in Bayonne.
At that time, when the city barely embraced its thermal vocation in faith of progress, the lawyer and notary Auguste Darracq () undertook the construction of a building that was to distinguish him from his peers. His preference went to a site outside the historic center just cleared of its ancient ramparts. A choice all the more unusual as the local bourgeoisie was still reluctant to settle in the suburbs.
His taste naturally turned to a learned architecture that would impose an aesthetic canon on the rural neighborhood. This project, full of classical references borrowed from some of the most famous mansions of the eighteenth century, owes to Paris, Versailles and Bordeaux the brilliance of its fine ornaments. The obvious reference to Ange-Jacques Gabriel (architect of the Petit Trianon, ) can be read in the motif of the crossette bays topped with ribboned garlands, as well as in the use of table facing.
The elevation consists of two bays punctuated by a front body that magnifies the monumental entrance. Would this curious arrangement suggest a more extensive program that would, in the long run, have seen the creation of a second wing in symmetry? There is no evidence to support this. The dissonant element of surprise is all the better.
The pioneering work that could have motivated the neighborhood to undertake a series of urban transformations around the square in its line, finally found itself isolated. Its ostentatious character contrasts with the low buildings next door, which makes it all the more picturesque and pleasant to the attentive walker.
At the threshold of the dwelling, the visitor will be invited to enter a large vestibule dominated by a height shrouded in resonance. A step leads to the front of the stairwell. Each wooden step of it is attached to the silt of a delicately chiseled wrought iron railing.
The entire raised ground floor is distributed by a central antechamber illuminated by means of a zenithal canopy culminating at more than 10 meters. A spectacular scenographic effect that is accentuated by the presence of a crown of balustrades upstairs, an unusual Anglo-Saxon decorative quote.
Large and opulent reception room to the south, private boudoir, dining room opening onto the garden to the north make up the rooms of this level. All are decorated with carved woodwork, fireplaces, marquetry floors and gypseries pouring streams of abundance.
The kitchen, to the west, opens onto a more intimate apartment communicating with the complex network of cellars by a service staircase.
The floor remains no less generous in height. A Greek cross plan distributes three rooms and a former architectural firm with drawing room and office.
The last level forms a huge plateau conducive to a complete redevelopment enjoying a breathtaking view of the Splendid and the Cathedral.
As is the classic practice, the hotel is open on a private garden - the most spacious in the city center - from where you can enjoy the last rays of the sun in peace. This confidential and intimate face of the property with its terrace is reminiscent, on a smaller scale, of the cozy atmosphere of the Elysée Palace Park.
Elegance, prestige and history: so many brands of values that anchor this exceptional residence in the heritage of Dacquois.
If we consider that it belongs to a series of sumptuous mansions that have locally only four specimens, we will realize all the more its rarity.
Owned by the same family for more than a century, this precious property is waiting to find a caring buyer, entrepreneur, sensitive to the beautiful work and aspiring to restore this place to its letters of nobility thanks to a quality rehabilitation. This pledge of passion will guarantee him access to a unique setting and art of living.
NB: It was also referenced in a notice published on page 87 of the first volume of the book, Dax-Architecture (Kilika, 2020) reproduced in this announcement… Agency fees are paid by the buyer and seller.

This property is in Dax, in Landes (region Aquitaine).

Green-Acres reminds that the use of the form by professionals for the purposes of non-sollicited direct marketing (spam) is prohibited. In accordance with legal obligations, Realist records your internet address (3.237.29.69) and reserves the right to sue in the case of fraudulent use.